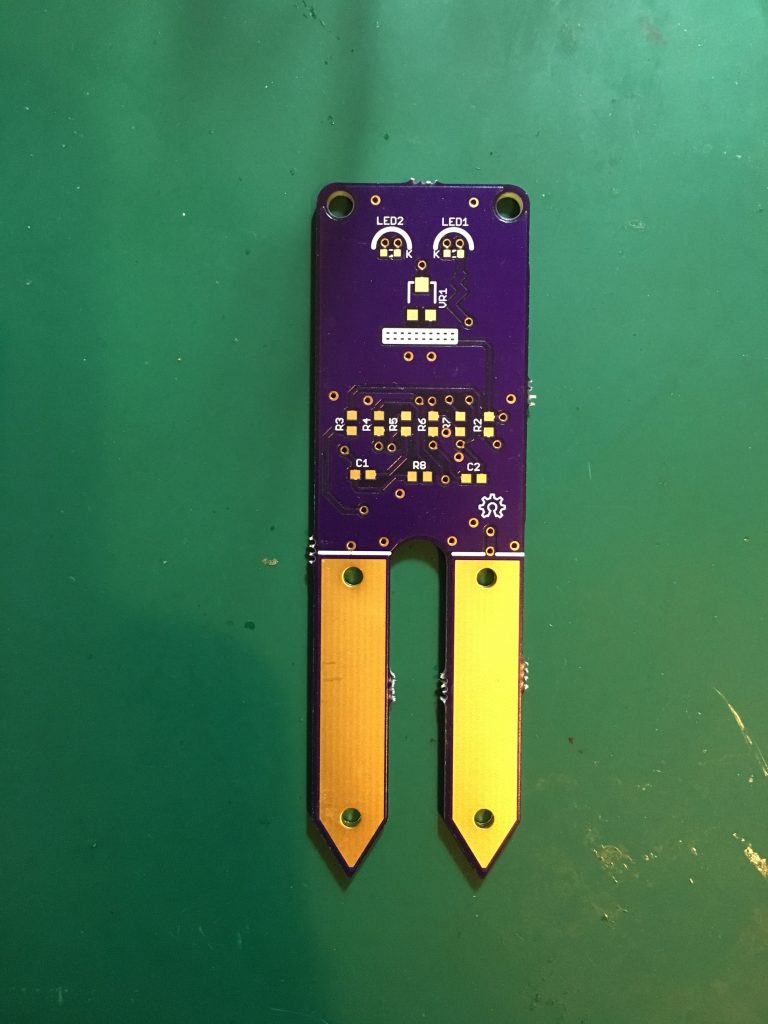 It turns out that soil resistance varies quite a bit between different types of soil under the same moisture conditions. Try testing it with a multimeter!

The project was a success and a failure. It worked but wasn’t reliable due to poor contact with the soil, copper electrode electrolysis and I suspect the soil itself became somewhat electrolysed over time resulting in early triggering. Moving the moisture man to another area of soil fixed the latter issue. The issue of  electrolysis of the electrodes also caused the copper to slowly delaminate from the board over several weeks. The current consumption was also too high and drained the battery too quickly even with modifications for low power. 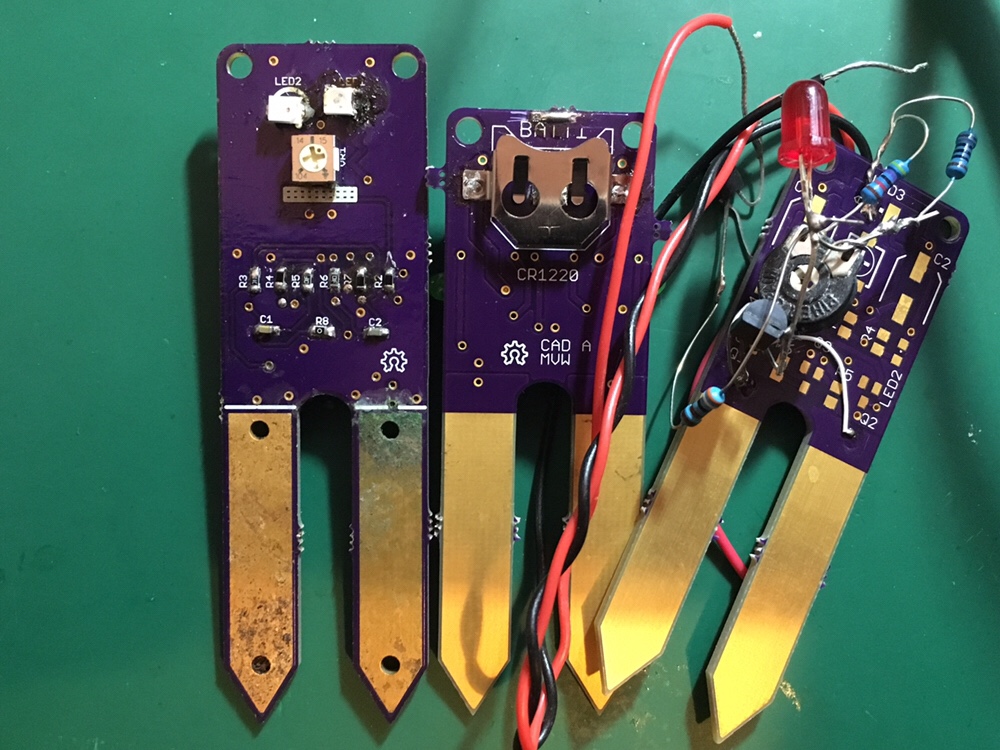 It’s an old project now and was left in an unfinished state. But still it was fun to do and worth an archive post. Most other people’s projects since then have used Arduino and capacitive measurement of soil moisture. More scientific methods are used in farming involving alpha waves. I was going to re-purpose a smoke detector and the material from inside a power transistor to make my own version but abandoned the idea for other projects due to the highly toxic nature of the materials inside the large power transistors.

Whilst I am mentioning safety concerns, I should also mention that button batteries of the type used here are not safe and should never be left around children. Children can eat them with potentially fatal consequences. I have removed them completely from my home, you should too!