Flying a remote controlled plane can be a lot of fun but it can seem like a complicated thing to design a complete control system yourself. A while ago I saw a simple idea on instructables.com for controlling a paper airplane using a TV remote control unit. I built my own version using a rubber band model plane bought from eBay. This larger plane was used to allow extra weight to be carried and increase control options. Multiple IR receivers were used to allow control from all directions not just the rear. These were small, light weight through hole versions. There is no left right up down control. Just the ability to increase speed or not, which should allow a correctly setup plane to maintain altitude or climb.

I made a few changes from the instructables circuit diagram. But the circuit is essentially the same. The IR receivers are all wired in parallel. The outputs are usually open collector so can be wire ORed. When an IR signal is received it pulls the voltage on a capacitor somewhat lower such that the more IR signal is received, the lower it goes and so the harder the motor switches on and for a longer time period.

The other changes from the Instructables circuit were to use a p channel FET and a resettable fuse.

I’ll add an image of the circuit when i get time.

The maiden flight didn’t go so well. The plane crashed and fell down a big hole at Leeds Hackspace 2, onto the floor below to which I didn’t have access. Some lashed together poles with sticky tape on the end allowed me to retrieve it! Though by this point it had broken into pieces. A matchstick and glue fixed the broken plastic strut ready for it’s next flight but it needs a few tweaks before i let it loose again. 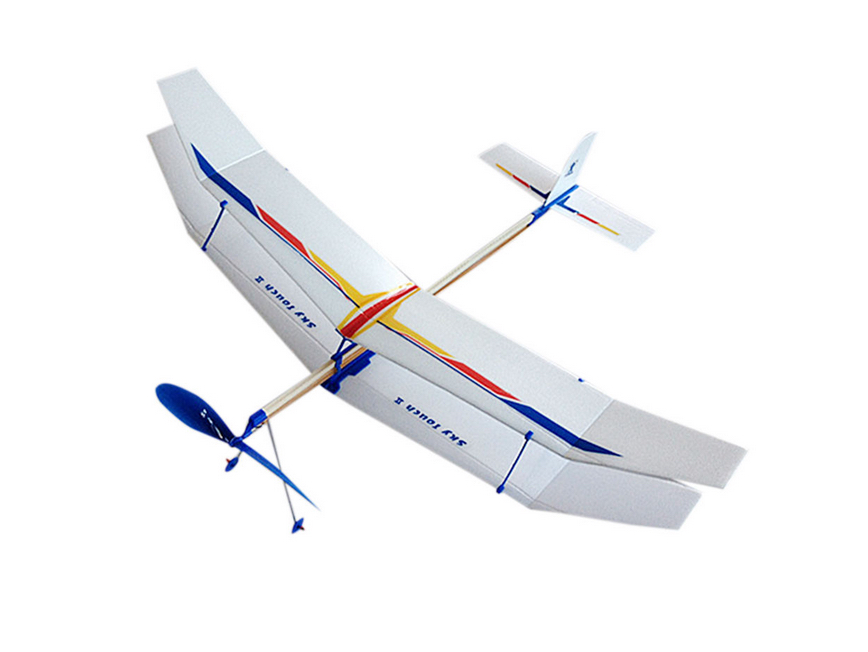 In the meantime I’ve been buying more models and a kite. We’ll see where that takes us at a later date!